Chatting with the Ruins

Jing-Zhang Railway, designed by Tianyou Zhan, was completed in 1909. It was the first independently designed and operated railway in China and was considered as the starting point of Chinese railway history. Zhangjiakou north railway station, which was put into use at the same year, was an important symbol of the period of history.

In the year of 2019,  a new high speed railway station, Zhangjiakou south station was build and operated as an important traffic support for the 2022 Winter Olympic Games. At the same time, Zhangjiakou north railway station which served for over 100 years, was no longer used and became history. As a matter of fact, the railway between the north station and the south station was out of service a few years ago. In addition, the coal machinery factories and the airport along this part of railway would be demolished. This part of land, once a prosperous and prosperous industrial area has lost its urban function and localization, and became a chaotic and desolate ruins.

It is embarrassing that this long and narrow area passes through the center of the city was like a scar on the face of the city which can not be ignored. Considered that there was a lack of public leisure open space in the central area of the city surrounded by a large area of residential areas, the government was determined to regenerate this area to be a public landscape space in order to improve the living environment of citizens. Based on the comprehensive background and demands, we set our goal as to build a themed public open space with aesthetic value, humanistic interest and meeting the leisure and entertainment needs of the public.

‘Aesthetic value’ and ‘humanistic interest’ are constantly associated with Chinese gardens, the poem of Tang dynasty and the verse of Song dynasty with a long history of over 5000 years. Traditional Chinese style landscape feature is popular at present and becomes to be a conventional design method, which can be regularly applied to most of projects in cities of China. Such way of design is stable and efficient, however,the temporary fashion is superficial and the abuse application on same design template ignores the original characteristics of the place. Carefully examined the site-a part of abandoned open space in Zhangjiakou, we saw a scene of old wooden railway sleepers, rusty railway carriages,large-scale industrial machines that have been out of use, and empty factories that once busy and noisy...These objects and places were like a group of retired old people. Silent when first met, however, when you sat down and chat with them, you would hear a wonderful and vivid story.

During the site survey, we felt the vitality and energy through the ruins. In fact, the history of this part of railway contains the youth memories of one generation of Zhangjiakou people, and also refers to the important stage of industrial development in Zhangjiakou. This land has its own language. If we ignore this voice by simply and rudely ornament this old land, the landscape will lost its unique characteristics.

After comprehensive consideration, we decided to build a cultural theme park to commemorate the industrial history of Zhangjiakou. The adapt the concept of the design as ‘Recall and Innovation’. By recalling the history innovating the new value of the city, we aimed to create an unique warm and interesting public open space.

The concept ‘Recall’ is to find a precious significance from existing scrap metal. ‘Innovation’ on the other hand, is to explore meaning and value from old objects. As time and place changed, these objects would be enlightened and once again become a highlight to boost the living environment of Zhangjiakou citizens.

In this design, we retained the railway tracks. According to the existing two directions of main railway in the site, a ‘herringbone’ master plan of the park is formed. The east-west direction was designed to be the humanistic axis, showing the industrial history of Zhangjiakou, while the north-south direction, as the sports axis, combined with the theme of the Winter Olympic Games, and took the sports leisure park as the main function . The intersection of the two axes was designed as the locomotive culture square.

The locomotive culture square, the original site of which was Nankou freight yard,was designed as the core spot of this project.Our design focused on the railway tracks and a 46 meter high abandoned water tower in the site.Taking the railway track as the central landscape axis, the square was divided into four parts from north to south: the Olympic tree, the locomotive fountain square, the gantry crane and the slim waist. Ginkgo and ash trees was designed along both sides of the axis  to create shady spaces.

A steam locomotive made in 1983 was arranged in the center of the fountain square. The discarded crane manipulators were transformed to be landscape lamp posts along both sides of the square. This two landscape elements echoed each other, creating a place full of industrial characteristics. A dry fountain were introduced in this area, which increased the human participation, making the atmosphere light and lively.

For the design of the Olympic tree, in order to achieve the concept of‘dancing steel’, 3D software was used to promote the design of steel sculpture device.

The design on gantry crane increased the sense of industry further.The gantry crane of the former coal machinery factory and the exploration machinery factory was placed in this site along with large-scale industrial facilities which reemerged the scene of the workshop of that certain period. People would feel a sense of travelling through time and space by walking around and touching the old machinery. In addition, containers, water supply pipes, railway sleepers,old bricks etc.were used to build a leisure area,combining the heavy industrial feature with modern fashion characteristics. The black color of railway sleepers, the bright orange red of gantry cranes and the strong feature of mechanical facilities were the expression of rough civilization in the heavy industry era.

At the end of this area, we set the water tower as the highlight point of the project.  This 46 meter high obsolete water tower were decorated with stainless steel and equipped with time-sharing LED lighting system among the stainless steel structure.During the day, it is an interesting large-scale device in the city, while at night it becomes the carrier of large-scale light show, and plays a role of a memory point and symbol with great tension in the whole area.

Industrial history is inseparable from the commemoration of Jing-Zhang Railway. The east-west axis of the park was designed as a landscape narrative with time as the clue. From west to East, we designed Tianyou Zhan Cultural District, Steampunk paradise, internal combustion power Outdoor theater and electric power times square, connecting the industrial civilization of Zhangjiakou.

Tianyou Zhan cultural district is the starting point of the park.The idea of design was based on the crossing railway tracks. Original materials such as steels from railway tracks were used to build the park Logo. We tried to build an strong and magnificent park entrance by placing eight poles of Jing-Zhang Railway station signs on both sides of the central lawn along the east direction. The signs combined with the bronze statue of Tianyou Zhan in the middle, interpreting the glorious story of the city.

Secondly, the Steampunk children's Park, was lively and full of fantasy. The deign integrated with the height diversification of the original landform, and combined with Chinese north local elements such as flying horse, big snail, ant etc. On the other hand, we recreated the industrial components into children's entertainment facilities such as children slide, which were unique, full of children's interest and strong sense of participation. Children could experience the industrial atmosphere by playing in the space.

The internal combustion power theater was designed as an outdoor space with wooden deck.we combined the elevation differences which was shaped in history,with stainless steel and industrial elements to built a perfect film watching space. It was also a nostalgic open-air cinema.

The electric locomotive stringing pole and photoelectric floor left over from the original site were used to form a interactive entertainment experience place.This place was suitable for the participants. At the same time, its unique appearance was suitable for taking photos and increasing the landscape memory as well.

Beside the historical line, the design feature of the North-South sports theme park was lighter and more lively. The original two urban railways on the site were well preserved, supplemented by landscape lighting system,, which creates two footpaths, one fast and one slow, for the north-south direction of the park .A colored asphalt runway was also paved along the railway to integrate north-south.Industrial equipment of the original exploration machine factory and the coal machine factory were placed on both sides of the footpath and runway. These equipment, after rust proof treatment, highlighted with green shade and flowers, became exhibitions,creating an art corridor.When people exercise, relax and walk, they change their steps and complete the visit and dialogue with the unique culture of the city.

How to preserve the history

In 2018, Beijing Jing-Zhang Railway was included in the first batch of China's industrial heritage protection list.

The history of Chinese cities is not only relevant on the ancient history of carved beams and painted buildings, but also the contemporary history closely related to people. In this project, we focused on the combination with history and modern fashion. We respect the value of each section of history and individual, and explore the possibility of diversity of landscape culture. Combining the new with the old, connecting the past, the present and the future,the design put a pile of fragmented historical waste with great value, reintegrated the landscape into the vitality of the city, and changed the place from desolation to warmth, scars to highlights. 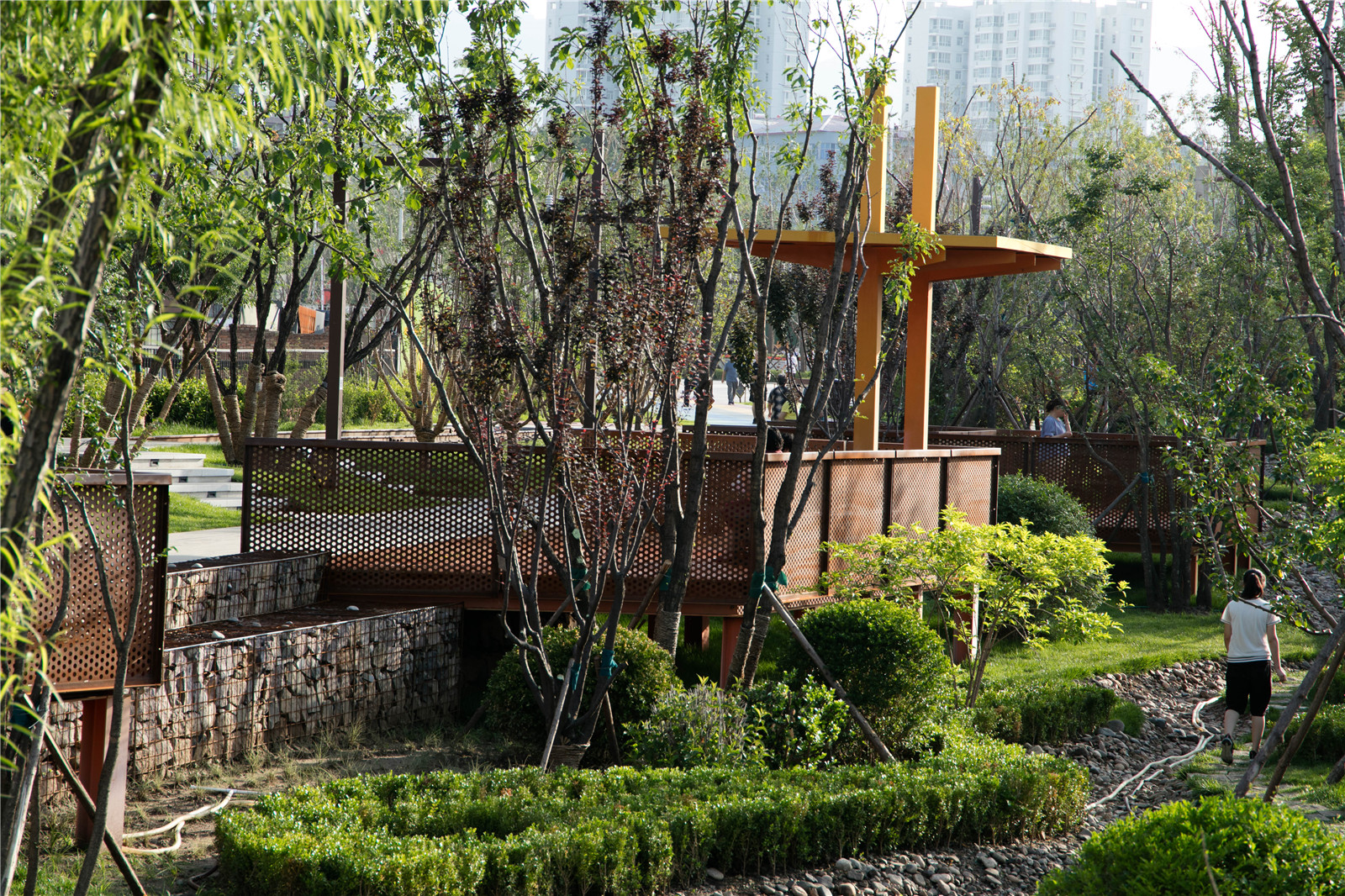 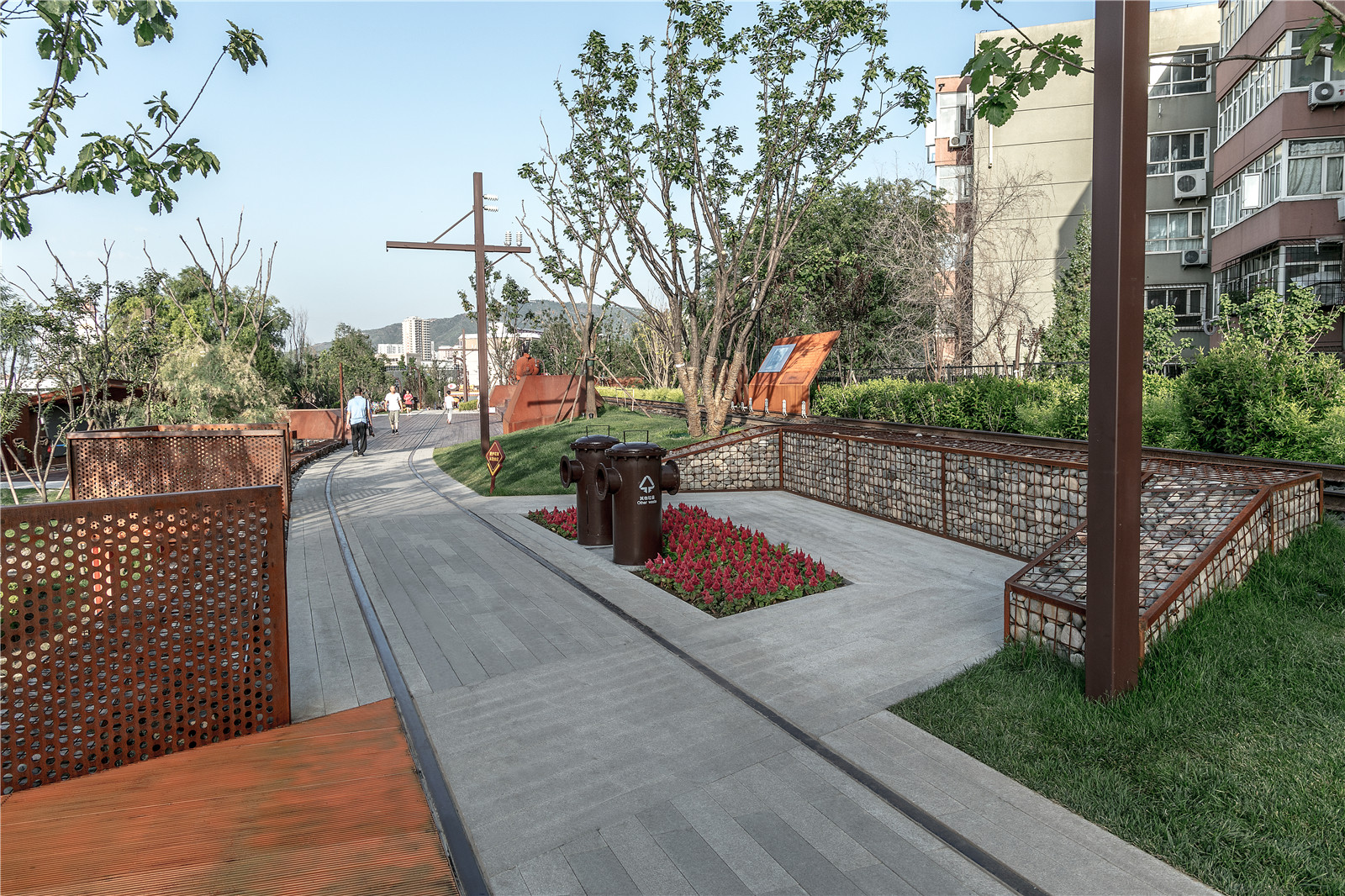 ‘Contact to everybody, touch every piece of material, understand every place and affair to discover and explore their best qualities.’

In the design of Zhangjiakou industrial theme park project, we once again deeply understand the significance of John O. Simonds’ words. History is not only ancient but also vivid. Culture art are not only collected in museums, but also immersed in ruins. It is significant to change the dilapidated place to an appreciative, meaningful landscape,  return the history to life, and condense art from life.

This is the most valuable and memorable part of our design. 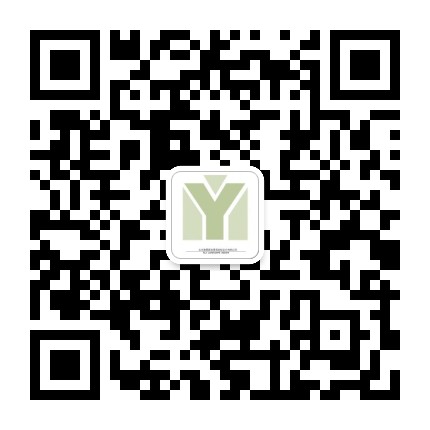